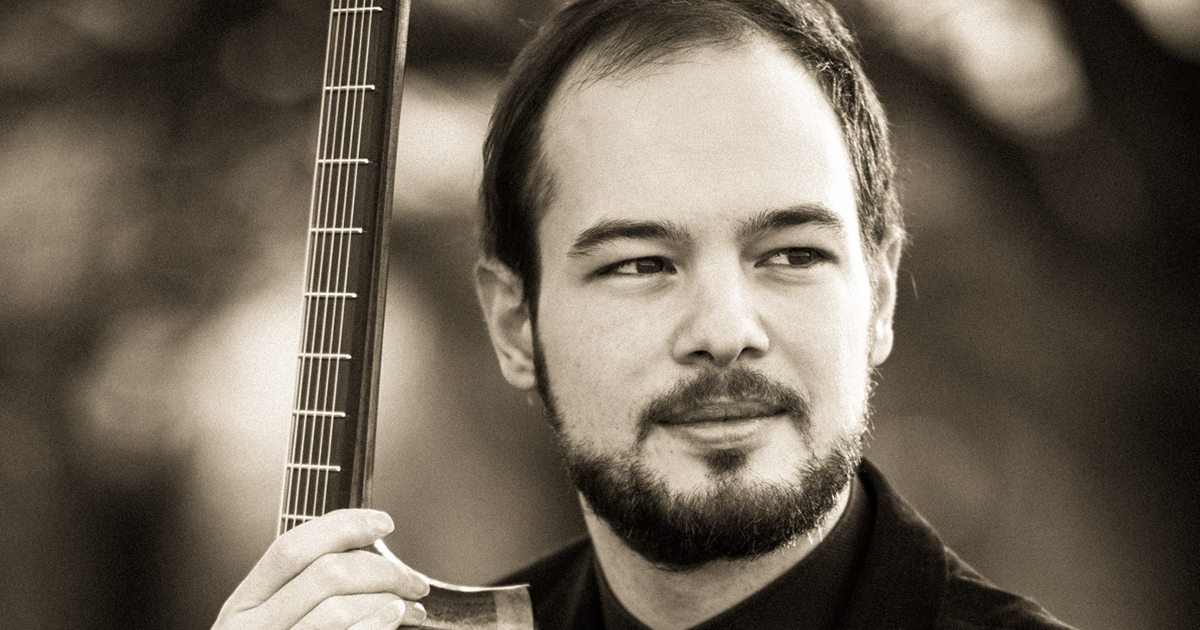 The winner of the 2nd Classical Guitar Competition of Finland is Flavio Nati from Italy. On top of cash prize 2 000 € he will be touring in Europe in 2020 as an EuroStrings Artist and take part to EuroStrings Competition. The winner will receive cash prize of 8 000 € and a concert tour in China and US.

Flavio Nati is a young classical guitarist, appreciated for his “maturity and quality of the highest level”whose concerts have been describedas “an authentic experience for the various styles masterfully performed”(Diaro de Àvila). Graduated with honours in 2012 at the Conservatorium“Santa Cecilia” in his hometown - Rome - with Arturo Tallini, in under the guidance of Carlo Marchione he has took the master’s degree in “classical guitar performance” with full marks and honours at the Conservatorium of Maastricht, the Netherlands. He then completed his studies with many renowned international artists, such as Giuliano Balestra, Adriano del Sal, Paolo Pegoraro, Judicaël Perroy, Zoran Dukic. Furthermore, he was accepted various times in the prestigious Accademia Chigiana (Siena, Italy), where he attended the course of Oscar Ghiglia and has received honourable mentions and scholarships. He recently certified with full marks in the M.A. II Level Course in Interpretation of Contemporary Music at Conservatorium “Santa Cecilia” and in Guitar Performance at Conservatorium “Arrigo Boito” in Parma.

He gave concerts all around Italy and Europe (Spain, Netherlands, Austria, Croatia, France). In addition, he recently performed in a series of recitals in Japan andKorea, always with great success within audience and critics. He has been invited in TV and radio broadcasts, such as the prestigious Radio4 in Amsterdam andCremona1 TV. In recent years he participated and got awarded in various national and international competitions, such as “Tokyo International Guitar Competition”, “Fernando Sor”, “Alirio Diaz”, “Enrico Mercatali”, “Mottola”, “Claxica”, “Città di Gargnano”, “Giulio Rospigliosi”, “Ferdinando Carulli”, “José Tomàs - Villa de Petrer”(Petrer, Spain).

The prestigious Scientific Committee of Guitar Convention “Michele Pittaluga”awarded him with the Golden Guitar 2016 “Young Promise” as the best up-and- coming guitarist of the year. In 2018 he won the Respighi Prize: for this reason, he will play as soloist with the New York Chamber Orchestra in 2019/2020 season at the Carnegie Hall/Weill Hall.

He also plays in chamber ensembles, especially duos, with flute, with guitar, viola, singers or in bigger formations. Recently he won the first prize at the InternationalGuitar Competition “Ferdinando Carulli” for chamber music section.

Since 2013 he is part of the guitar octet Supernova, ensemble under the direction of Arturo Tallini, formed by eight young Italian prizewinners of important national and international competitions and already on their way to a concert career. The ensemble explores contemporary music, improvisation, the use of electronicmusic, put in contact with the “classical” guitar and its tradition.

Since 2017 he is a pre-academic courses teacher in the Conservatories “Giovan Battista Martini” in Bologna and “Antonio Buzzolla” in Adria. Furthermore, he has been giving masterclasses for various associations all across Italy (Segovia Guitar Academy, Guitar Masters Lago d’Orta, Classic Music Lab, Associazione “Giulio Rospigliosi” Associazione "Ciao Classica") and he took part in the juries ofimportant national and international competitions (“Giulio Rospigliosi”, “Fernando Sor”).

Read about Guitar Competition of Finland