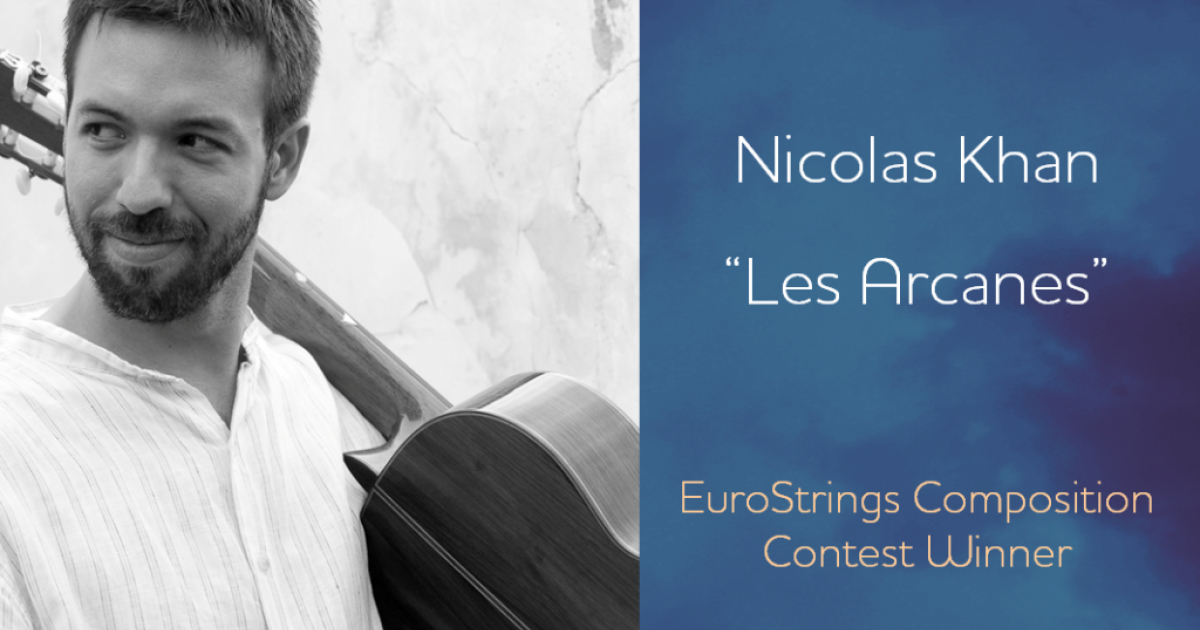 We are pleased to announce Nicolas Khan (France) is the winner of the first EuroStrings Composition Competition.

His prize-winning work, a set of miniatures, is entitled Les Arcanes. Sergio Assad, a EuroStrings ambassador and member of the competition jury, describes them as appealing ‘directly to our subconsciousness as classical guitarists. This set of miniatures echoes sounds that are embedded in our memories.’

As the winner, Khan receives a cash prize of 1500€, an HD video recording and publishing on the EuroStrings channel by EuroStrings Editions.

The winning work will be played in the US and Asia by the winner of the EuroStrings Guitar Competition 2018/19, be performed in a minimum of 6 countries across Europe, be premiered at the Musikverein, Vienna during the International Guitar Festival Rust in Austria on 18th April, and be the set piece in the final of the 2nd EuroStrings Guitar Competition in London as part of the International Guitar, Foundation’s Guitar Summit (18th – 21stJuly 2019).

The jury consisted of Sergio Assad, Nina Šenk, Stephen Goss, Brian Headand David Pavlovits. The competition received 57 entries from 22 countries around the globe. The competition was set up to encourage new repertoire for the classical guitar and to promote emerging composers of any age whose works have not yet gained international recognition.  The compositions submitted from the other finalists and semi-finalists will also be published by EuroStrings Editions.