Warning: ini_set(): A session is active. You cannot change the session module's ini settings at this time in /home/tgf/public_html/settings.php on line 13

The finalists of 2 in 1 Online Competition have been selected 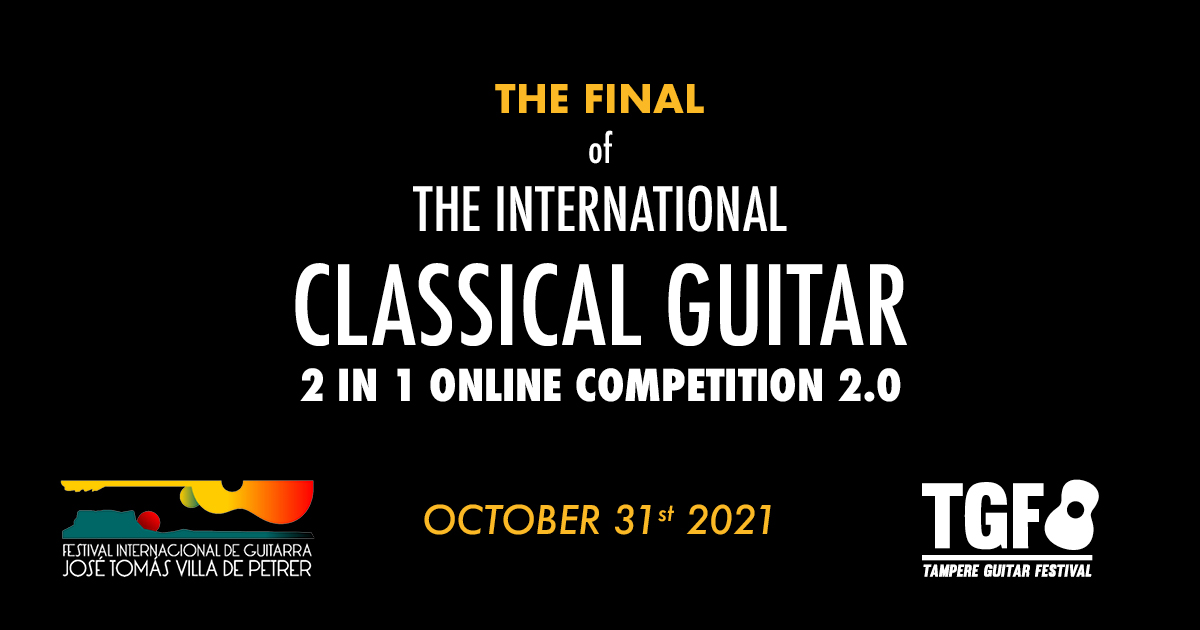 The semifinal of the International Classical Guitar 2 in 1 Online Guitar Competition 2.0 took place on September 18th 2021. The competition organised by Tampere Guitar Festival from Finland and Petrer Guitar Festival from Spain had 64 applicants from 27 countries. From those, 28 guitarists were selected for the semifinals by the juries of both countries. Now the juries have selected four competitors for the finals, which are held on October 31st. All rounds are implemented by using prerecorded video performances.

The finalists in random order and for which final they are selected:

The Favourite Artist of the Audience in the semifinals is Federico De Conno from Italy. The obligatory work for the semifinal, Motivos de Son No.1, was composed by Leo Brouwer from Cuba. The work was commissioned together by Tampere Guitar Festival and Petrer Guitar Festival. Brouwer will select the best interpretation of his work fromperformances preselected by guitarist Ricardo Gallén. The winner will be announced on November 1st together with the final results of the competition.