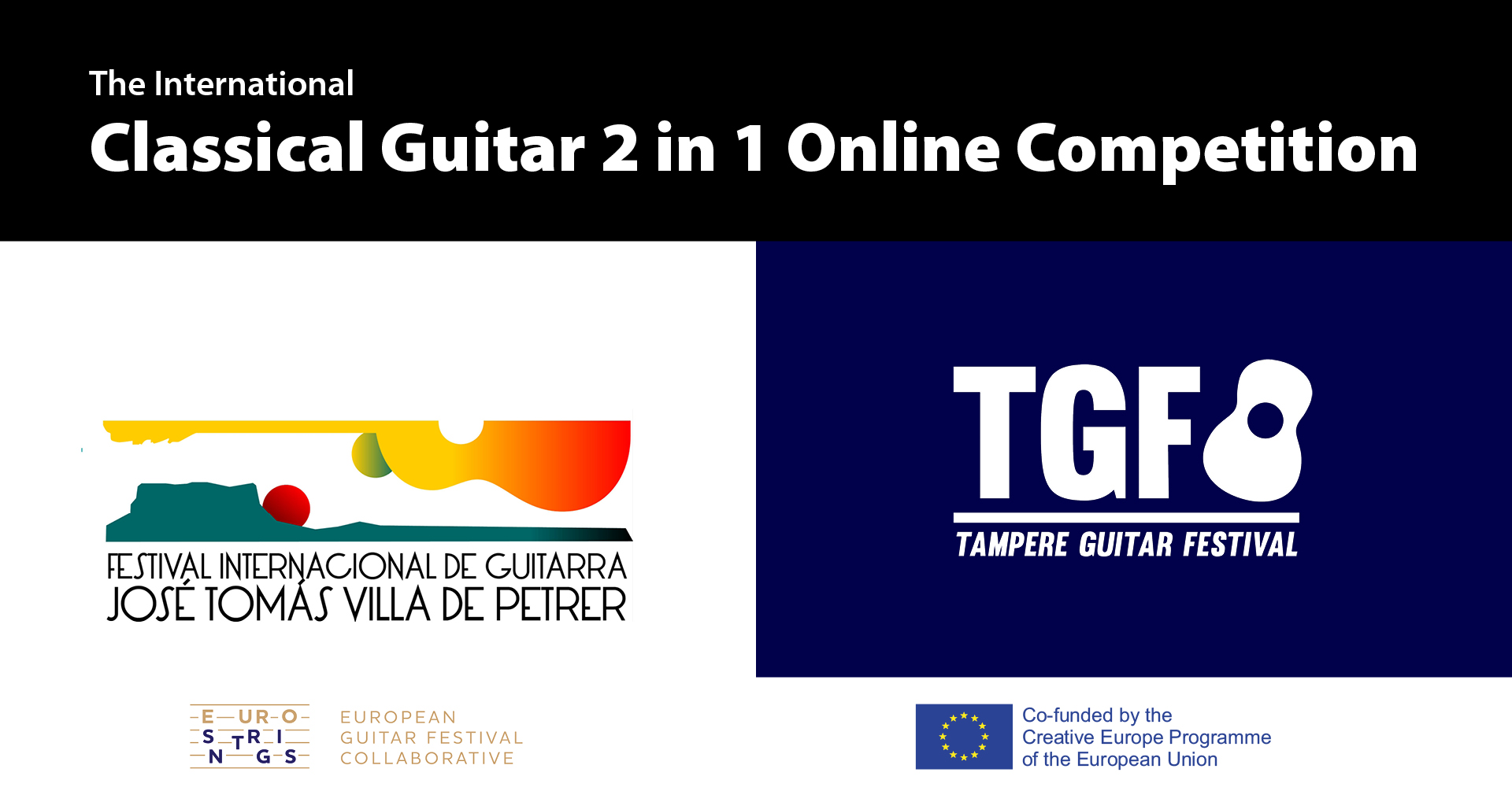 The International Classical Guitar 2 in 1 Online Competition, organised by the leading guitar festivals of Spain and Finland, proceeded to the next stage during the weekend. The semifinals were organised online as a video contest with pre-recorded videos, and they were set available for the juries of both countries and audiences from all over the world. Now the juries have selected four competitors for the finals of Finland and Spain held on November 8th, 2020. Also the finals are streamed online and is a video competition, and they are available for everyone at the YouTube and Facebook channels of the both festivals.

The finalists in random order and for which final they are selected:

The Favourite Artist of the audience from Finland was Jose Daniel Salceda Velasco from Mexico.

The prizes of the 2 in 1 Online Competition include a concert tour in South America and Europe, cash prizes, recording contract and a possibility to become an EuroStrings Artist. The EuroStrings project will take the winners to a tour in Europe consisting of concerts, master classes and teaching. The year will be highlighted by a competition between 17 EuroStrings winners. EuroStrings – European Guitar Festival Collaborative is a platform of 17 European guitar festivals. The project is co-funded by the Creative Europe programme of the European Union during the years 2018 – 2021.

Listen to the semifinal videos